A land full of history, culture and beauty.

Cyprus is a land of richness and Biblical history! Barnabas came from here (Acts 4:36), he and Paul walked in this land, and Paul shared the Gospel through out the island, from Salamis on the east cost to Paphos on the west. It is said that Lazarus (of Bethany) was the first church leader in Cyprus and his bones were laid to rest in the city of Larnaca. 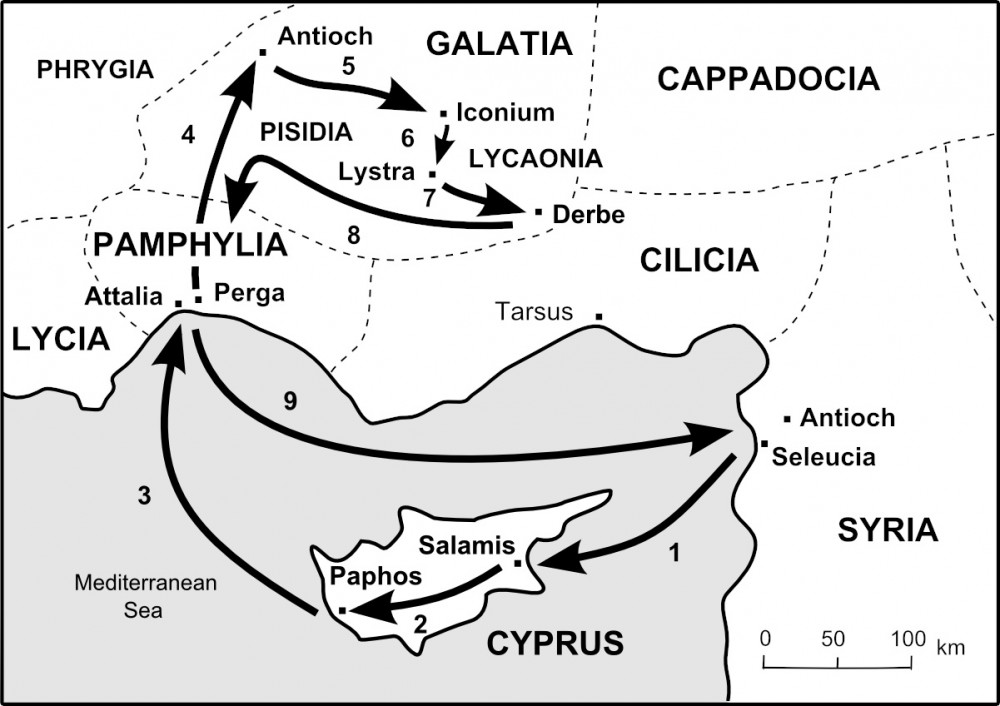 While it’s a sensitive subject, anyone visiting or seeking to understand Cyprus needs to be aware of the “Cyprus dispute”. The island is divided by a UN buffer zone (established in 1964) that splits the top third from the bottom two thirds. The northern part, self-titled as the Turkish Republic of Northern Cyprus (TRNC), often called “the North,” or “the Turkish side” is predominately Muslim and highly influenced by Turkey. The southern part, officially The Republic of Cyprus, or informally known as “the South,” or “the Greek side,” is mainly Greek Orthodox and very closely tied to Greece. The two sides operate as different countries, with the UN buffer zone serving as a boarder with passport checks and such to cross from north to south and vice versa.

There are many accounts regarding the political history, so we encourage reading into multiple sources to get a better picture of the events.

45+ years on from the war, there is still great pain on all sides. Roughly 250,000 people were displaced during the 1974 conflict, and many died or went missing. Great care is required to engage with this topic, but making effort to understand the dispute will bring insight to the people and culture of Cyprus. 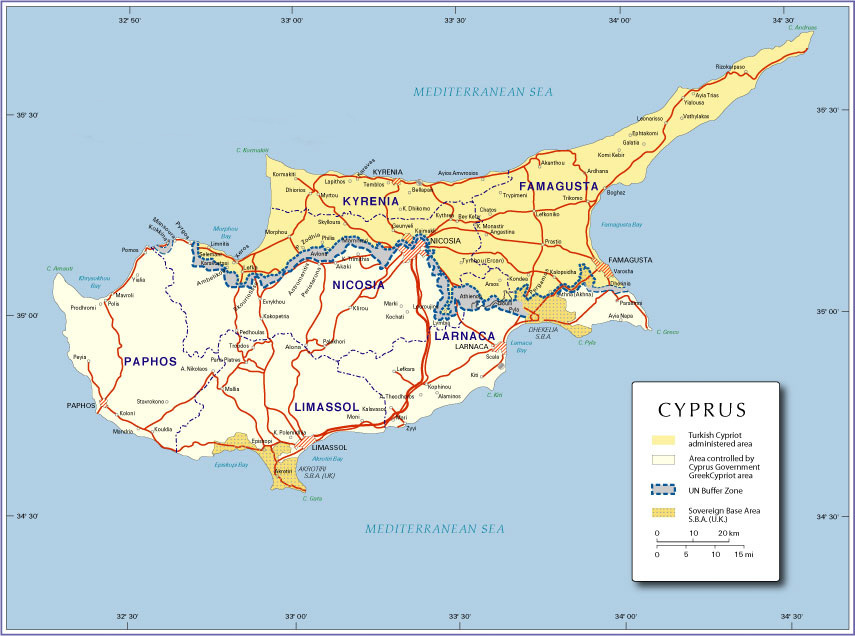 Many nations and kings have ruled through the years here in Cyprus, as Cyprus is a strategic island to the whole of Africa, the Middle East, and Central Asia/Europe. The island has a diverse mix of cultures and peoples, which continues to increase due to migration and the refugee crisis. North Cyprus feels like a mix of Turkey and Europe to many people, and the South seems to be a mix of Europe and the Middle East. Due to Cyprus’ unique position in the region, we believe that Cyprus is called to be a launch pad and to the surrounding nations.

DISTANCE FROM SURROUNDING NATIONS (in km)